How to Send Large Files on Android Using Different Apps

Here are some solutions—including the native WiFi Direct and other third party apps. 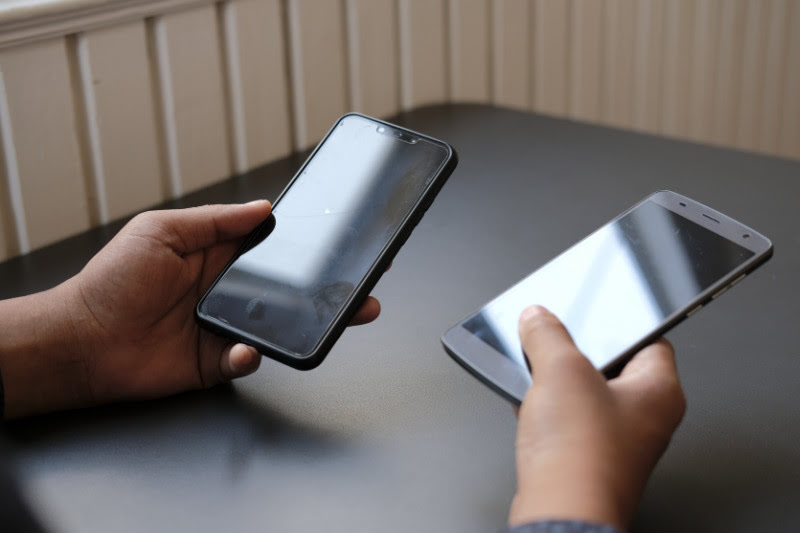 Android devices have become an essential part of people’s lives in this part of the 21st century.

From sending emails to receiving breaking news at the click of a button, android devices can do it all.

If you own an Android phone or tablet, you may at some point need to send large files across two devices.

Over the years, Android simplified sharing files from its system-sharing menu. However, it is a bit more challenging to send larger files, such as movies and multiple pictures at a go.

In this case, files are considered large if they take up more than 1GB worth of space.

Luckily, there are various ways/apps through which you can easily share large files across Android devices as described below.

Primarily, Files by Google is advertised as a storage management utility. The app works by utilizing AI to find potentially unnecessary files on your phone thus helping with de-cluttering.

Besides this function, Files can also serve as a file sending tool and works well when sending large files across Android devices.

In order to send files between devices, you do not require an internet connection.

One of your devices will create a hotspot, which the other can join to allow the transfer of files.

To make it work, all you have to do is tap the Send tab on one device and Receive on the receiving device.

Furthermore, Files is a file manager—you get three functionalities within one app. One other advantage is that it does not take up so much space and is lightweight.

This makes it ideal for budget devices with limited resources and storage. It will always alert you whenever you’re running out of space and suggests unnecessary files that you can delete from your device.

With over one billion downloads in the Play Store, SHAREit proves to be an efficient Wi-Fi file transfer tool for many Android users.

It can share large files in virtually any format you can think of be it photos, videos, or documents.

Once two or more users connect via WiFi, then everything is good to go. Files eligible for transfer are visible on both the receiver’s and the sender’s end.

The receiver simply accepts files they want and they should have it on their device in a matter of seconds or minutes depending on size.

Users can share large files at speeds of up to 20MBps on the application. Furthermore, SHAREit has a feature named CLONEit, which lets you clone data onto your second Android device should you need to.

All Android devices with Android version 4.0 and up come with WiFi Direct as a native settings feature.

It works by allowing compatible devices to connect to each other without needing any form of internet connection.

Once your two devices are connected, you can exchange as many large files as you want between them at great speeds. Far much greater than Bluetooth.

Your phone will automatically begin scanning for all the available devices nearby.

Do the same on your other device and you should have established a connection in a matter of seconds.

You can now start sharing any large files across your two devices.

One added advantage of WiFi Direct is—you can also use it across different devices, such as PCs, printers, TV, etc.

Just like all the other tools above, Xender does not require an internet connection to send files across two devices.

Like Shareit and Files Go, Xender is widely used and does not disappoint when it comes to speed. Also, it lets you share files across up to four devices simultaneously.

Xender supports cross-platform file-sharing—Windows and iOS. The app is the most user-friendly of all the other options mentioned in this roundup.

The only shortcoming you will come across while using the app is the constant display of ads – though this should not be a big deal considering the number of times you might need to use the application.

CM Transfer is another file-sharing app that utilizes a local WiFi connection to share various types of files between Android devices.

Speeds are usually over 10MBps making it ideal for sending large chunks of files, like long videos and games.

The working mechanism involves one device creating a WiFi hotspot and the other connecting via WiFi.

Once the two devices are connected, you select the desired files for transfer before initiating the sending process.

You can share up to several gigabytes of files in a matter of minutes thus saving you a significant amount of time.

Like Xender, CM Transfer does display ads. However, this ensures that you do not have to worry about any in-app purchases.

Furthermore, if you do not have an internet connection, ads will not show.

The above-mentioned apps are just a few of the many available options that can serve a similar purpose.

However, they are some of the most efficient and trusted you can find. Of the five mentioned apps, I personally prefer WiFi Direct because it does not require installation thus saving on space and resources.

Nevertheless, Files is a great option considering that it is developed by Google and comes pre-installed on some Android devices.

The rest are also equally good and your ultimate choice should boil down to personal preference.

How to Use and Manage PDFs Efficiently