Spotify has a lite version on mobile called Spotify Lite. The latter is meant for slow internet connection and devices with little resources to spare. Here's how they compare against each other.
By Brian AbugaUpdated:Jun 22, 2022
Reddit Twitter WhatsApp Facebook LinkedIn Telegram 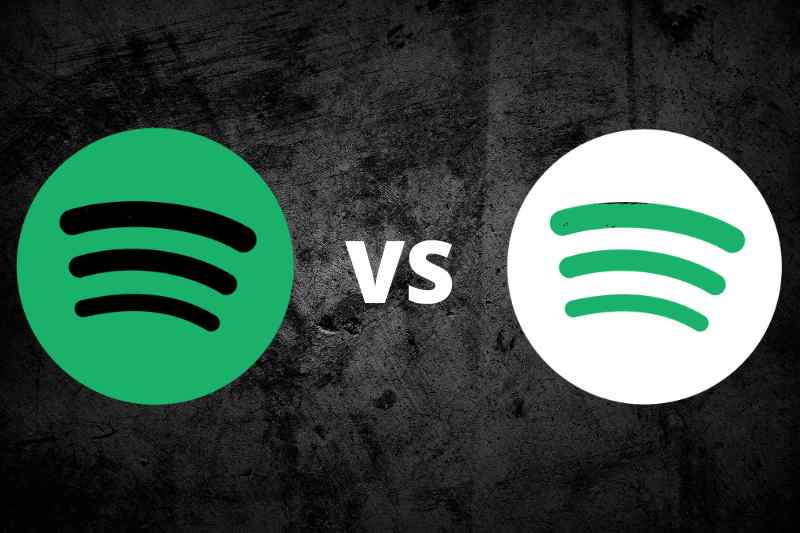 Spotify is one of the biggest music streaming services available on all operating system platforms with over half a billion users.

On Android, the application is available in two formats – Spotify and Spotify Lite. The latter is meant for lower-end devices or people with unstable internet connections.

Since Spotify Lite is lighter than its mainstream counterpart, it would not be a bad idea to try it out even if you have a flagship Android device with reliable internet available.

What Is the Difference Between Spotify and Spotify Lite?

The most obvious difference between Spotify and its lite version is size and resource use.

Other key differences include sound quality and data usage. Below is a detailed breakdown of all the mentioned parameters.

Spotify Lite is definitely the smaller of the two apps. It takes up just 38MB worth of space whereas Spotify takes up 109MB. For this reason, if you’re a little bit tight on space or have many apps, Spotify Lite would be the best choice.

The amount of storage taken up by the two apps increases with usage as they save some files to your phone’s cache memory.

In my usage of Spotify Lite, I noticed that the cache memory data deletes itself sometimes meaning it doesn’t take up so much space.

Spotify’s storage space usage keeps growing with the number of songs you listen to. It may take up to several Gigabytes of storage depending on your listening habits.

If you have a couple of Spotify playlists that you listen to on repeat – you should be fine. However, for users who discover new music regularly – it would be wise to delete Spotify’s cache data on a regular basis to save space on their mobile devices.

If you’re on the move, you have to be on a data plan to use the Spotify service. Premium users can download and save songs when connected to a WiFi network and listen without an internet connection on both Spotify variations.

Spotify Lite’s overall data usage slightly differs from the mainstream Spotify app. Before looking at how much they consume – we must consider the audio quality options that each app offers.

Spotify has four options with the highest only available to Premium users (Low, Normal, High, and Very High). Spotify Lite has only three quality options (Basic, Normal, and High).

Spotify’s data consumption per hour while streaming is around 45MB on Normal settings. Here’s a breakdown of Spotify’s data usage per hour across the various audio quality settings:

The user interfaces of the two apps are almost identical. The only difference is the arrangement of different tabs. For example, Recently played playlists are at the top on Spotify Lite’s home screen.

The player interface is also almost identical, but on Spotify Lite, it displays Audio Quality at the bottom and does not feature a share button.

Canvas is available on Spotify but absent on Spotify Lite. The Canvas feature allows tracks to display short looping visuals as album art.

On Spotify Lite, users only get the traditional static album art. However, this is a feature that not so many users care about.

This feature displays song lyrics alongside a quick backstory on what inspired the author to write the song. But again, this feature is one that many can live without.

In regards to the user interface, the two apps look quite good with mainly subtle differences that may need a keen eye to notice. Overall, both interfaces are usable with little or no shortcomings.

Device Broadcast Status is a feature that allows other apps to see what you’re listening to. Examples include Discord and Tinder.

This feature is available only on the main Spotify app. You cannot broadcast your activity on Spotify Lite.

Yes. You just need to log in with your existing Spotify account to use it for free.

You’ll need to buy the Premium plan to access premium features like offline listening and unlimited skips. Spotify Lite also allows new users to sign up for new accounts directly from the app.

Can You Listen to Podcasts on Spotify Lite?

Initially, Spotify Lite did not support podcasts. However, the feature was added later on including the ability to download podcasts for offline listening even on the free plan.

For this reason, you don’t have to worry about catching the latest episode of The Joe Rogan Experience even while on the move.

Spotify vs. Spotify Lite which is better?

Spotify Lite has gotten better and better over time and is equally as good as its main version. The lite version comes in handy if you want to stream your music on a low-end or old device – it is not as resource hungry as the main version. It’s also ideal for individuals with slow internet connections.

For audiophiles who are keen on the best possible audio quality, Spotify has the Very High/ Extreme audio quality option. The lite version fails to reach the same levels but it still sounds quite awesome at Normal and High qualities.

It is worth noting that when it comes to data usage, Spotify is much better in the long term for listeners who listen to their playlists on repeat.

The main version stores the listened-to songs in your device’s cache memory so it doesn’t consume data when you repeat a given song.

Spotify Lite won’t store much on your device’s cache memory which means it’ll be friendlier on your phone’s storage space. However, it means that each time you listen to the same song, it counts towards your data quota.

If you’re on WiFi, data consumption shouldn’t be an issue. However, taking note of this factor is essential for people who are always on the move and want their favorite music with them at all times.

In a nutshell, I don’t think either app is better than the other—each of them serves a different purpose. Spotify Lite is built for devices with limited resources but still works quite well on high-end devices.

I have both apps running on my phone for the purpose of compiling this article but I think I’ll keep them both!