Here's you can get better and rank fast on PUBG Mobile. 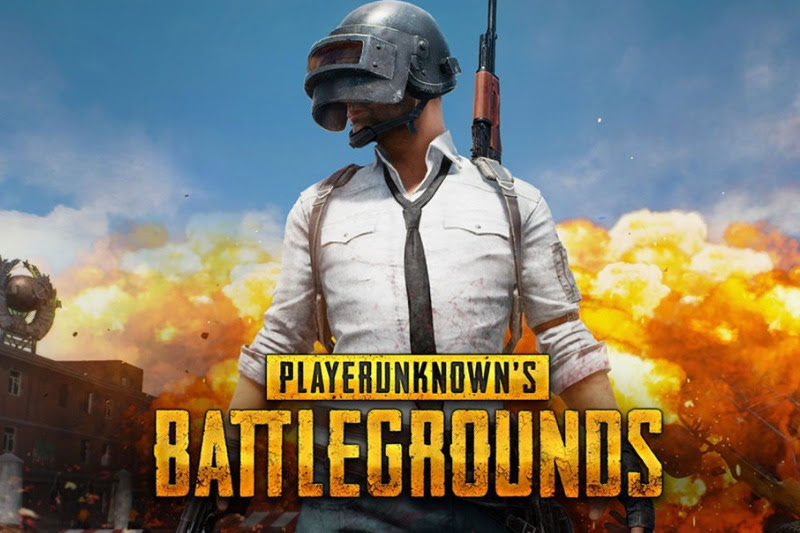 So, you’ve been playing PUBG Mobile for some time now but your game-play still isn’t as good as you’d want it to be.

Maybe you are good and want to get better or are new to the game and would like to improve your gameplay within the shortest time possible.

We are going to look at some changes you can make while playing the game to have an edge over your enemies.

No good gamer loves cheating—this is simply a guide on some nifty PUBG Mobile tips and tricks you can incorporate into your game-play to achieve the ever-elusive Chicken Dinner or enjoy the game more.

Landing 101: When to Jump and Land Fast

Before jumping out of the aircraft there are several things you need to check out. Look at the flight path and the number of people left on the plane as it moves across the map.

If you like instant action, areas with clustered buildings are the best places to land. However, in such areas landing first will determine whether you get to the end of the game.

To ensure you land first, jump out of the plane and immediately push the controller forward at a 45-degree angle.

Doing so will make you dive downwards headfirst at the fastest possible speed (234KM/HR).

Your chances of getting hold of a weapon before your adversaries will be much higher.

Once you find a weapon, you can have the drop on enemies before they find one to defend themselves with.

For the more passive players, avoid high population areas like Pochinki and School.

Land in less common areas where you’ll have enough time to collect your load-out before moving around to find enemies to engage with.

You can also open your parachute early and drift across the map to wherever you want to go—but remember once you land, other players will already be armed and easily kill you.

Want some free kills? If yes, stay put in the plane—you’ll automatically jump out at the farthest end of the map.

You’ll descend alongside one or a bunch of AFK or disconnected players.

Once you land you can take them out using fists. Please note that this doesn’t always work, that’s why checking on the number of people left on the plane is important as I said in the beginning of this section.

Throwable weapons in PUBG Mobile include the frag, smoke, and stun grenades, as well as the good old Molotov cocktail.

Most players fail to utilize these weapons to their fullest potential partly because they require a higher skill level than that needed in shooting to use them efficiently.

However, once mastered, throwables can easily increase your chances of winning a game.

The Molotov cocktail and the frag grenade are primarily meant to deal damage to your opponents. However, they can also be effective when used as denial weapons.

As denial weapons, these items deny your enemies from given regions once tossed into these areas.

For this reason, you can limit your adversaries’ movement and prevent them from attacking in a certain way.

Smoke grenades and stun grenades are meant to be denial weapons from the onset.

A smoke grenade provides a smokescreen, which can provide you with the much-needed cover when in open spaces or when you’re trying to get away from an adversary.

The stun grenade does exactly what its name suggests – it blinds and deafens your adversary. While in this state you can easily take out the enemy.

For frag, smoke, and stun grenades, you need to ‘cook’ them well since they take about five seconds to deploy once you chuck the pin.

Cooking means you hold onto the grenade for a few seconds before tossing it.

Doing so will make it difficult for your enemies to react and get away from the grenade.

Molotov cocktails need no cooking and deploy immediately upon landing on any object or ground.

In addition, you can hold onto a Molotov cocktail indefinitely without harming yourself, unlike frag and stun grenades.

Once you master the art of cooking grenades, you can easily take down one or more enemies without them spotting you or even landing any shots on you.

Bridge Camping 101: Laying an Ambush and Avoiding One

One of the most popular strategies used by seasoned PUBG Mobile players is bridge camping.

Before setting up an ambush on one of the bridges on Erangle, beware that enemies might have gotten there before you.

If you’re in a team, one of you should do some reconnaissance first. Once you’re sure you’re alone, you can go ahead and set up an ambush.

Blocking the bridge using cars is an obvious way to set up an ambush. However, it alerts the enemy of your presence.

The best way to go about it is hiding behind cover on the bridge. It will be difficult for the enemy to spot you from afar.

Once they come close enough, you can jump out and surprise them. Having the element of surprise will surely give you and your teammates an advantage.

While approaching a bridge in a vehicle, drive along the sides of the road and alight before reaching the bridge.

In case an enemy pops out of the bridge, you can easily drive under the bridge and have a chance to regroup and engage with the enemy.

Once you manage to hold a position at the center of the bridge and get into a fight—pull out a couple of smoke grenades to cover your backside.

You wouldn’t want to expose yourself to another attack from behind. Be sure to collect as many smokes as you can before camping on a bridge.

Besides bridge camping, there are several other ways through which you can set up an effective ambush. One of them is using airdrops to bait enemies.

Once you spot an airdrop, find a nice spot near it where you can easily hide.

Wait for someone or a squad to pull up and mow them down from your vantage point and they will not know what hit them.

While at it, be on the lookout for other ambushes—you might not be the only one trying to bait enemies.

You can camp in a house if you see an enemy approaching. Be sure to stay still and surprise them once they get inside.

Alternatively, you can find a hiding spot near a house and wait for the enemy or enemies to walk in.

Mark the room that they are in and throw in a well-cooked grenade or a Molotov cocktail.

They’ll never know where it came from and if they manage to jump out, you can easily take them out.

Bots are part of the game in PUBG Mobile. Players know how PUBG Mobile bots behave especially how they shoot. In most cases, they’ll fire continuous single shots.

You can copy this shooting pattern to attract enemies who’ll think you’re a bot.

Most players aren’t very aggressive once they encounter a bot. Take advantage of this and spray them with a hail of bullets.

Before they figure out it was a trap, they’ll either be knocked out or dead.

PUBG Mobile Tips When in a Squad

No matter how good each individual member of your squad is, you can never win without proper coordination.

It becomes trickier if you play with random teammates. In the latter, you’re likely to end up with poor players.

During landing, if you’re following a random teammate and their landing doesn’t look good, you should bail out and restrategize on how you’re going to play the game alone. A poor jump usually leads to early death.

If you have a noisy teammate or teammates in your squad, you can mute them.

Use the speaker symbol found next to the mini-map by default.

Noisy or vulgar teammates may distract you and make the gaming experience horrible.

Jump together with cooperative squad members if you’re lucky enough to find some. In case of separation, organize to meet up and work together.

Chances of winning are much higher when you stick together and coordinate your battles.

When entering a compound, split up and infiltrate from different angles. In case one of you gets taken down, the rest of your teammates can easily come to the rescue.

However, don’t carelessly crawl over to your teammates if the enemy has their eyes on you. Exposing their position will get them killed.

Gather some intel if possible and let them figure out a way to save you and engage the enemy at the same time.

Always use the Enemies ahead prompt and marker once you spot opponents. When you engage the enemy at the same time you’re likely to win many battles.

Also, remember to share various supplies with teammates upon request.

When you find extra loot, which you can’t carry, inform your teammates in case one of them needs it.

While playing Payload Mode, remember you can always bring back a dead teammate within a given time frame.

To do this, you first have to locate their crate—be wary of the presence of enemies, it may turn out to be an ambush.

Once you find their crate, you’ll automatically pick up an ID card, which you have to take to a recall tower to get your teammate back.

Remember to carry some extra supplies for them to give them a fighting chance in case you meet another squad at the recall tower.

This next tip isn’t exactly the best sportsmanship behavior, but sometimes a teammate may go rogue and become a risk to the entire squad.

You can intentionally kill them using a grenade or a Molotov.

However, there’s the risk of them reporting you, which may impact your merit.

Get That Chicken Dinner!

Landing first is the key to surviving longer in PUBG Mobile—especially when landing in hot drop areas.

Throwables will increase your chances of winning battles if used properly.

Communicating with your teammates will always win you games. Failing to communicate will put you at a disadvantage when you encounter a more organized team.

Most importantly, practice makes perfect, the more hours you put into playing PUBG Mobile, the better you’ll get. However, don’t let playing the game eat into your study or work time.

Download PUBG Mobile for Android or PUBG Mobile for iOS. The game requires at least 3GB of RAM to run smoothly. If you own a lower-end Android device, you can try out PUBG Mobile Lite for a seamless gaming experience.

How to Improve Internet Speed at Home or Workplace

How to Prevent Windows Defender from Purging Your Files

How to Set Default USB Connection to File Transfer Mode