Try out these weapons, master them and you could be unstoppable in PUBG Mobile. 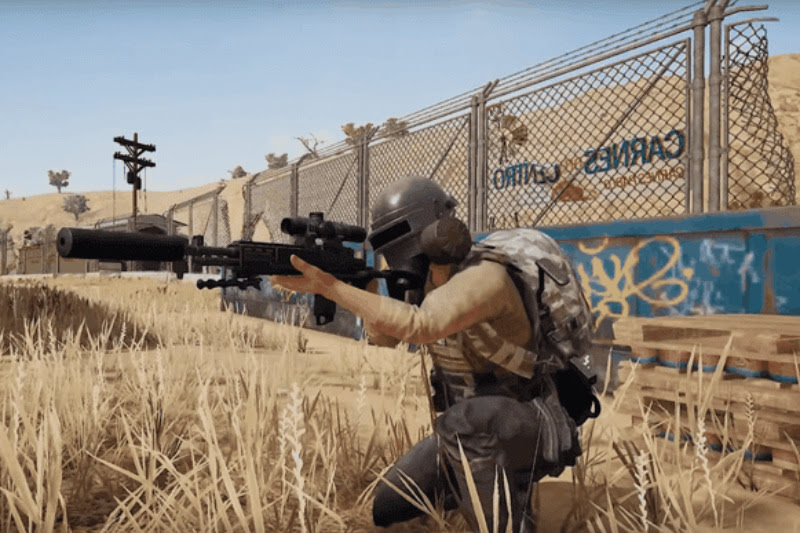 PUBG Mobile is arguably the most popular battle royale game available on iOS and Android platforms.

It employs a military-style approach and as a result, there is a wide array of weapons and items at the players’ disposal.

If you are reading this, it means you play the game and have interacted with most if not all of the available items on PUBG Mobile.

However, there are some items that most players (me included) have found themselves ignoring or under-utilizing as they play.

In my case, I have more often than not found myself dropping a couple of smoke grenades in favor of extra ammo or frag grenades.

Many other items are subject to this kind of treatment yet they could be the difference between you dying early or earning the ever-elusive Chicken Dinner!

Here are some of the items you should consider the next time you log into PUBG Mobile.

The more experienced PUBG Mobile players understand why smoke grenades are essential for survival in the game.

Always carry as many as you can because they can go a long way in saving your life or your teammates’.

Smokes provide extra cover, especially in open spaces. You can throw a few around while rushing into the circle or cover as they make it difficult for enemies to see you.

In addition, if a teammate gets knocked out, smoke grenades can provide the cover needed to pick them up and keep on fighting even in open spaces.

For most professional players, smokes are key to their playing strategy. Go over to the PUBG Mobile official YouTube channel and watch the PMSC Global Finals.

You should be able to see many players using smoke grenades to influence the overall gameplay.

Shotguns are crucial in the initial stages of any game especially in hot-drop areas like Pochinki and Military Base.

Among the various types of shotguns available in PUBG Mobile, the S686 and S1897 deal the most damage to opponents than any other weapon in the game.

However, shotguns are only good in close-quarter combat situations and fire single shots at a time.

Nevertheless, once you land a shot, your opponent should go down immediately. These weapons should be good to get you started in a hot-drop location.

Mk14: Most Versatile in PUBG Mobile

In my earlier days of playing PUBG Mobile, I used to leave the Mk14 behind whenever I opened an airdrop.

Little did I know that the Mk14 is the best-rated DMR in the game in regards to DPS (damage per second) and damage.

You can also tune it to automatic firing mode unlike when running other DMRs in the game.

I have used the Mk14 on auto-firing mode a few times, and the weapon just shreds through opponents.

The only limitation if you use it on auto-firing mode is the magazine capacity (only 20 with the extended magazine).

It compensates for the limited magazine capacity with a higher DPS than all the assault rifles in the game.

Newer PUBG Mobile players are most likely more familiar with the Kar98K than with the M24 sniper rifle.

As a result, many of these players end up always rocking the Kar98K even after finding the M24.

The fact of the matter is, the M24 is the next best thing after the AWM. The M24 has slightly higher damage and a significantly lower (lower is better) DPS than the Kar98K.

For this reason, I would recommend switching out the Kar98K for the earlier whenever possible.

It will perform even better with attachments such as the compensator and cheek pad.

I would not recommend using this weapon if you are a rookie, but mastering it pays off in the end.

One headshot with a crossbow can easily take down an opponent if they are rocking anything less than a level three Spetsnaz helmet.

They will never know what hit them because the crossbow is the only true silent weapon on PUBG Mobile besides melees.

In the AR list, the Groza and AKM deal the most damage. However, when it comes to DPS, the M16A4 is king thanks to its burst-firing mode.

Single tapping is also great on this gun – almost as good as a DMR. I always rock the M16A4 if I pick it up before finding a DMR.

The UZI may carry more rounds than the Vector – but the latter deals more damage and has the lowest DPS in the SMG group of weapons.

Add an extended magazine to it, a half grip, and a tactical stock – you have an absolute beast of a sub-machine gun to mow down your opponents with.

Smoke grenades can give you an edge over opponents. The M24 is the most powerful sniper rifle in the game if you do not find a flare gun or an airdrop.

Another interesting fact is that you can run around with the Mk14 as an AR and still mow down your enemies with ease.

How to Start a Podcast on Your Phone