Most of the causes of overheating are easily avoidable. 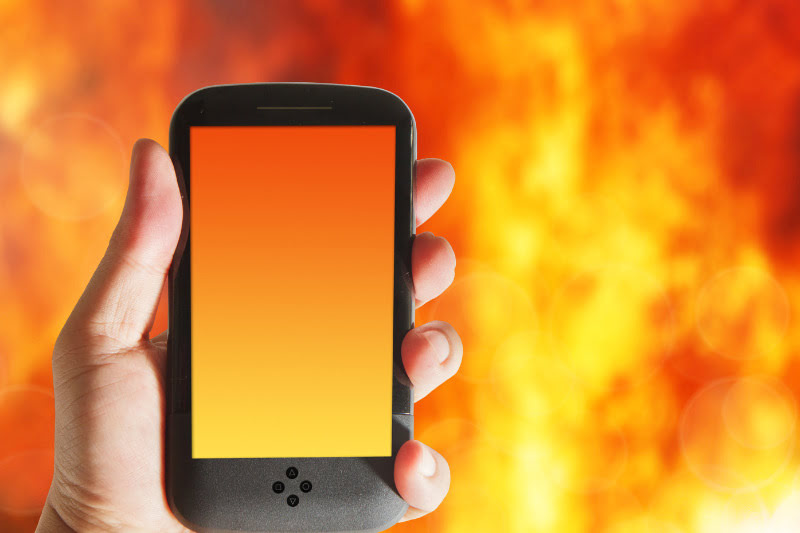 Modern smartphones are getting smaller, thinner, and more powerful. More processing power results in higher heat generation by these devices.

For this reason, overheating is bound to arise due to the compact nature of the devices – especially Android devices.

Android users are more likely to experience overheating issues than iOS users because their devices come from different manufacturers – the hardware is never fully optimized by the manufacturers.

Your device may be rocking impressive specifications but still overheating while multitasking or performing heavy tasks like gaming.

Fortunately, there are several ways of cooling down a hot Android device.

Here are some ways to deal with your overheating Android phone and possible reasons why it happens.

Shut Down All Running Apps

Resource-hungry apps like games and video streaming applications are usually responsible for overheating on Android devices.

Closing them alleviates the problem most of the time. Even better, you can close all apps at once from the recent apps screen.

If you own a budget device, avoid running heavy apps simultaneously to keep your phone’s temperature within acceptable levels.

Turn It Off for a Few Minutes

When your phone becomes too hot to the touch, the first thing you should do is clear your RAM from the recent apps screen and then turn it off for some time.

Take off the cover if you have one. Give it at least five minutes, and then feel it with your hands – it should be back to normal temperature ranges.

Switch it back on and if the problem persists without you opening up any heavy apps – you have may have a software problem on your hands.

Leaving your device’s brightness at maximum for extended periods takes a toll on the battery.

As a result, the battery may heat up and consequently raise your phone’s temperature beyond acceptable levels.

Only use high brightness levels when outdoors—while at it, avoid direct sunlight, which is another cause of overheating.

When you are indoors turn it down as low as you can – this will not only minimize the chances of overheating but also have a positive impact on your battery.

Be sure to get rid of any apps that you do not need or haven’t used in a long time.

These apps may be draining resources by running in the background and increasing the likelihood of your device overheating.

While at it, you should also get rid of any junk files on your phone.

To achieve this, you can install Files by Google, which is a file management tool that helps you identify clutter on Android devices.

Turn off GPS, Bluetooth, and Wi-Fi

Avoid leaving these features on when not needed. You should turn on GPS only when using your phone as a navigation tool.

Turn off Wi-Fi whenever you opt to use your mobile data connection to connect to the internet.

Bluetooth should only be on when you need to connect to other devices like headsets, speakers, etc.

Check Your Battery and Charging Cable

Your battery and charging cable may be causing overheating especially if you are using an older phone.

If this is the case, only charge your phone between 80 and 90 percent for it to work well.

Chances of an older battery being damaged are high, thus an increased likelihood of heating issues.

A worn-out charging port or cable can also lead to overheating. You should replace your cable first and if it doesn’t help, you can seek a battery replacement.

Your phone occasionally becoming warm is completely normal because, like any other electronic device, it generates some heat.

However, if it becomes hot to the extent of being uncomfortable, the guide above should be enough to help you identify the cause and counter the problem.

Remember to seek professional help if all the mentioned possible solutions fail.

How to Get Premium WordPress Themes for Free

Can My Phone Get a Virus?